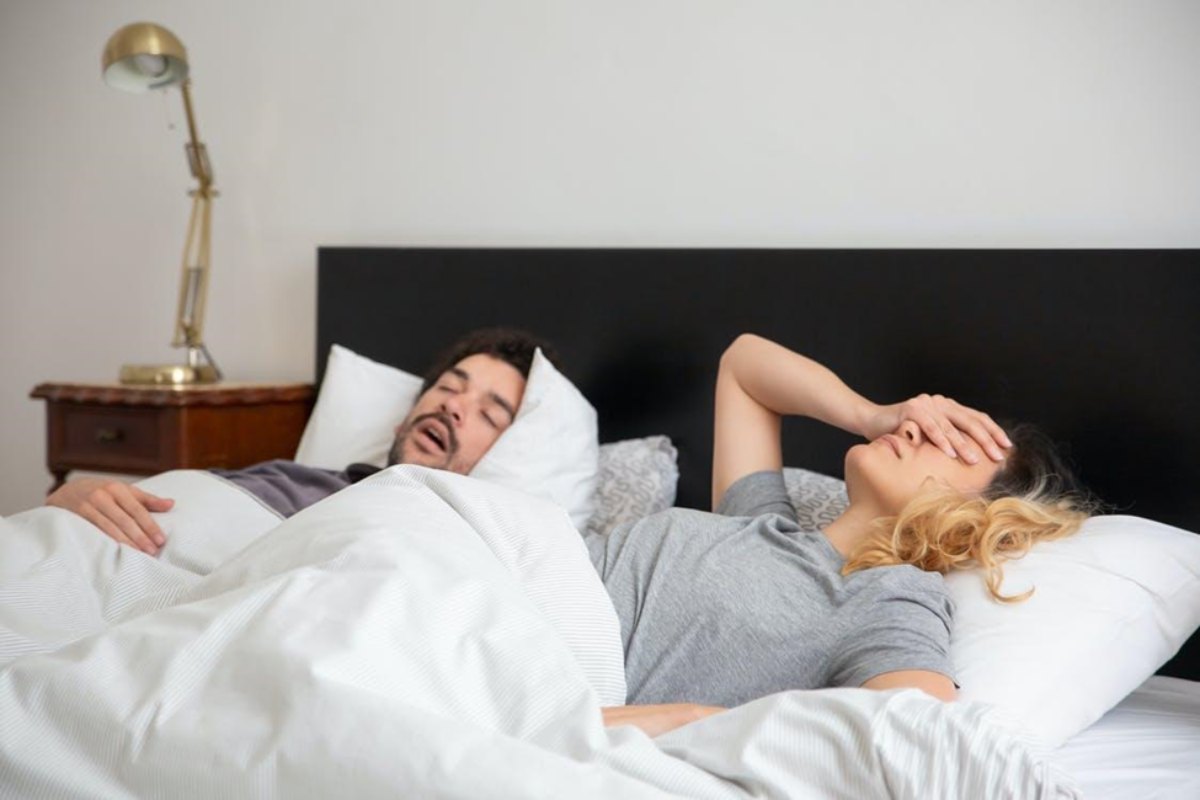 Snoring is a very common condition – just about everybody does it at least once in a while, and most times, it’s not something one has to worry about.

Snoring occurs when airflow cannot properly move through the nose and throat while you sleep, forcing the surrounding tissues in the throat to vibrate from the strain and create the sound we know as snores. While snoring is not usually disruptive, those with a chronic snoring condition can find the quality of their sleep disrupted, leading to daytime irritability, fatigue, chronically dry mouth, and other health problems. Not to mention the social and relationship issues it can incur for any partners who share the bed with the snorer.

Those who chronically snore often have a medical reason behind it, such as excess tissues in the throat and nose or another very common condition known as a deviated septum, often needing to be corrected with rhinoplasty. But before you run off to find out how much is a nose job procedure going to cost you, let’s first talk more about the deviated septum and how it contributes to snoring in the first place.

What is a Deviated Septum?

There is a thin wall of bone and cartilage that runs up the length of your nose, separating and creating two distinct nasal passageways between the nostrils. This is known as your septum; In a perfect world, the septum would be perfectly straight, allowing for seamless flows of air to pass through these passageways. However, this is not the case for the majority of people. In fact, it is estimated that up to 80% of people have some form of deviation in their septum, whether it is a bend, curve, dent, or leaning to one side. A deviated septum can form naturally from birth or be created after a trauma such as a broken nose and come with various health issues.

While most of these cases of deviation are so mild that many go their whole lives without knowing they even have one, those with more prominent deviations can have a wide range of issues such as trouble breathing out of one or both nostrils, frequent nosebleeds, infections, headaches, and of course; snoring.

As previously mentioned, snoring can occur when the tissues vibrate in the throat due to a lack of airflow through the nasal passageways. Having a deviated septum blocking the nose is a leading culprit of chronic snorers. This is especially true among men, as according to a study, 40 percent of men snore, almost double the rate that it occurs among women.

In some cases, the passing of airflow can be so strained that it causes a complete halting of breath during sleep, a condition known as sleep apnea, which can force you to wake up and create a jarring disturbance to your sleep; leading many to require an airflow machine at night.

Surgical options exist to help treat a deviated septum, known as septoplasty – a form of rhinoplasty that specifically targets the deviation in the nose.

What Every Healthcare Professional Needs to Survive the Rest of COVID

Benefits Of Physical Exercise For Physical And Mental Health.